Having a rambunctious and increasingly mobile baby Q doesn’t leave me with much time in the kitchen these days! The sweltering heat of Miami summers keeps my meals quick and light anyways. Also, the infrequency of my blog posts are unfortunately apparent so here’s a savory recipe for some Spanish black radishes I scored and some Mahi Mahi I had on hand. The salad for this dish is like the classic slaw but with a little more oomph to it. I paired it with Mahi Mahi which is a firm, flavorful fish that stands up well to the bite of the black radish. I usually use it for full-on Asian dishes, but this time, the soy and ginger are set aside for a coating of homemade gomasio. It gives it an aromatic, toasted sesame finish. This is perfect to serve as a light lunch or just add an extra side dish and have it for dinner with a lovely chilled drink! 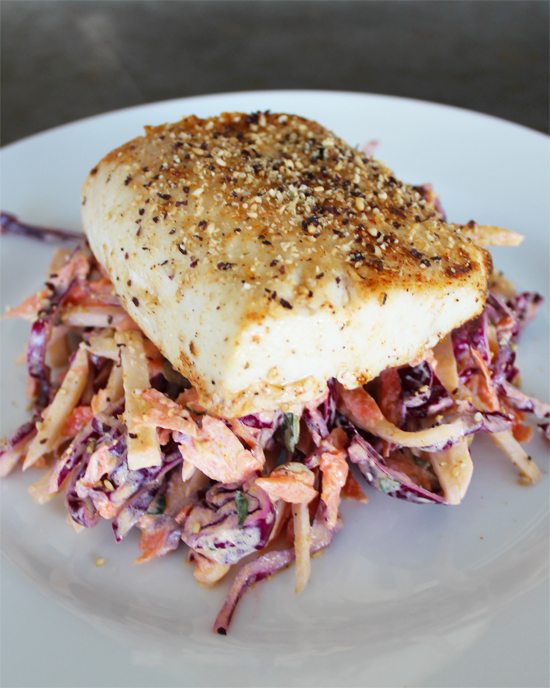 If the taste of raw radishes don’t suit you, they can be prepared in many other ways. Dice or grate them and make a quick sauteed hash. Thinly slice them lengthwise and roast plain or fancy them up scalloped/gratin style. Make fine matchsticks or cut thin disks and fry them. I balance the black radish’s strong flavor with the creaminess of Greek-style yogurt or make it Russian-style by adding sour cream, cucumber and dill instead. In a previous post featuring the more ubiquitous red radish, I paired them with cream cheese and chives on pumpernickel toasts. 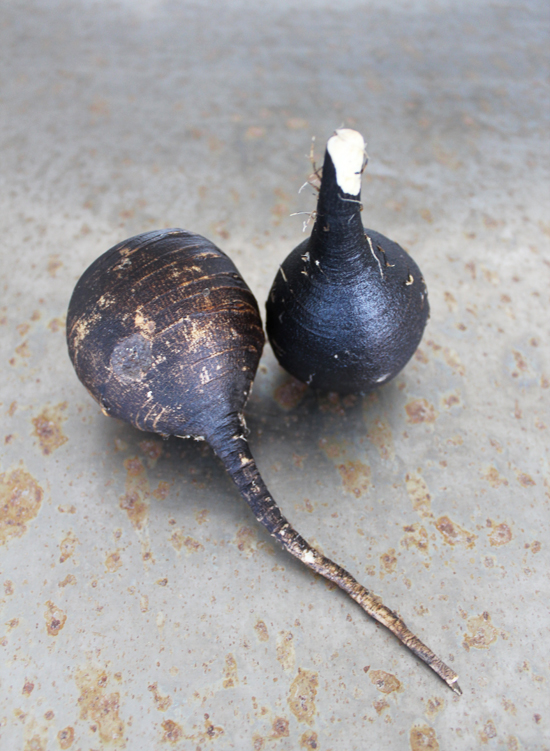 Root vegetables are so versatile, so if black radishes aren’t available, try some other overlooked choices such as celeriac, turnip, daikon, rutabaga and jicama to name a few. Below are some young turnips we picked up too but sorry, I cut up my week’s supply of jicama before I realized I could share this as a post, but here’s a pic from foodsubs.com. These are great substitutes. South Florida residents can pre-order Spanish black radishes in season now by the bunch from Redland Organic’s, Bee Heaven Farm CSA, for Saturday pick ups. Go to Farmigo or Local Harvest to find out where the closest CSA is in your city and buy direct from your local farmer! 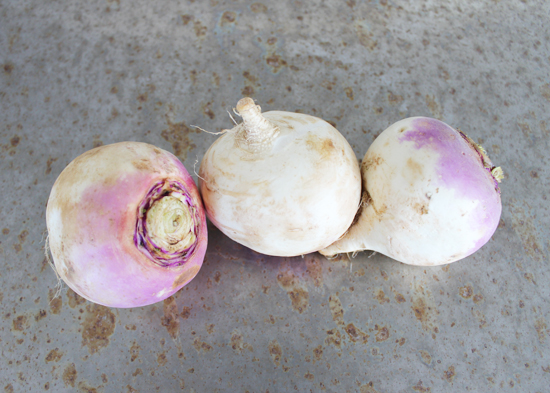 I first made this gomasio recipe ages ago at the Esalen Institute’s kitchen while completing a work-study program in Big Sur, CA. The portion of ingredients were enough to feed the 200 plus guests and students though and I played chef’s assistant while briskly stirring sesame seeds in what seemed then like the biggest wok in the world! They have an excellent Esalen cookbook by their former head-chef, the effervescent, Charlie Cascio. We use this as our daily seasoning since it has all the salt taste but with a fraction of the sodium. It also has the healthful benefits of calcium from sesame seeds and iodine from dulse seaweed flakes.

Warm the seeds in a skillet/wok on med-high until toasted; constantly stir the seeds carefully not to burn them.
Place all the ingredients in a food processor and pulse into a coarse meal. Set aside to cool then store the mix in an airtight jar. I usually divide the mix with a portion in a shaker on the counter and the rest in the refrigerator for up to 2 weeks, but it never lasts that long for us. 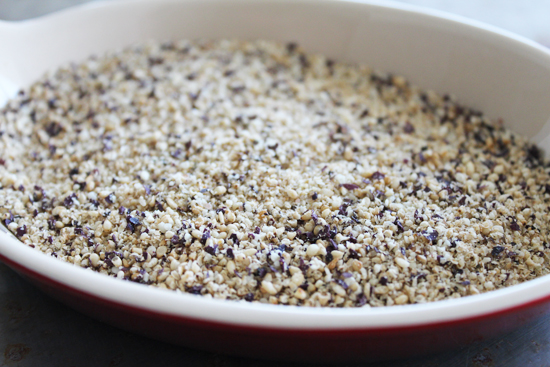 Mix all ingredients together in a large bowl and let sit to marry the flavors while preparing the fish. You can even make this in advance which makes it taste even better!

Preheat broiler on high and set the oven rack 3″-4″ from the heat. Coat fish with all the ingredients and broil for about 5 minutes on each side for a 1″ thick piece. Set aside fish to rest for a few minutes before serving.