Photography by John McDermott and Poetry by Sunthorn Phu 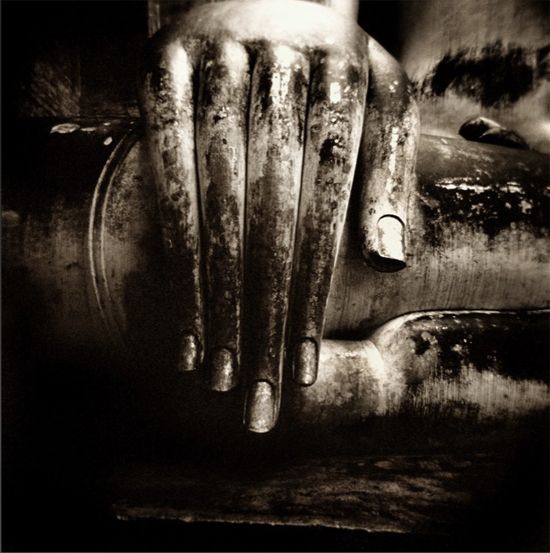 The Hand of Buddha-Wat Si Chum by John McDermott

Even without earth, sky, and sea,
My love would go on eternally;
Born on earth or in water,
I would seek your love forever;
If you were the great ocean,
As a fish, I’d fulfill my passion;
A lotus, myself a bee, then,
To live in your sweet pollen;
A little cave, I would be a lion
to haunt it hourly;
I’ll follow you wherever,
In every life, to be your partner.

Sunthorn Phu (1786-1855) was a Rattanakosin-era royal poet. Although he’s one of Thailand’s most beloved poets, he’s relatively unknown beyond its borders due to the lack of literary translations. His poems are unabashedly quoted by sentimental Thais who fancy themselves as hopeless romantics. On June 26, 1986, the bicentennial of his birth, UNESCO officially honored him as a great world poet. His work is often compared to other Romantic poets like his contemporaries: Coleridge, Keats and Wordsworth. Find out more about John McDermott’s subtle yet stunning photography by selecting the image above.