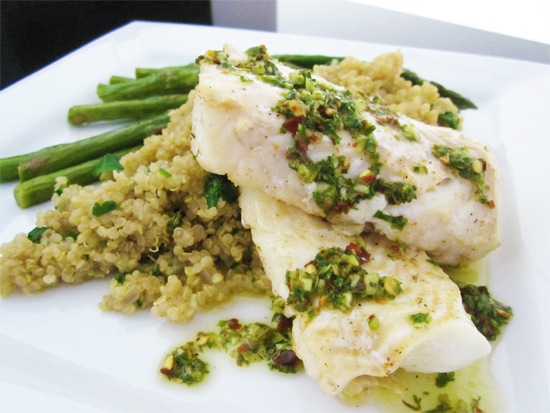 Since moving down to Miami, we’ve had to adjust our tastes to the local palate. This city is unusual compared to other major American cities because of the demographics. You won’t find a Chinatown here (which I miss) but there’s an abundance of Latin-American, Caribbean and even Russian markets.

Despite living in such a climate, it’s difficult finding good Asian produce unless you grow your own. Our balcony is simply too windy for such things. The odd thing you’ll see here is a combination of Thai-Cuban or many Thai-Sushi joints like they’re one in the same! We were relieved to find a couple of good Middle-Eastern and Indian restaurants in North Miami.

At first, it took some getting used to because we didn’t expect such a culture clash but once we embraced our new situation it became more interesting; tasting the local specialties was nice for a change. It was more affordable than eating in the high-end areas like South Beach where you’d pay a small fortune for a ‘fine’ meal or driving for miles to get to a decent restaurant. We found some great ones in Miami’s Design District.

So far we’ve tried Cuban, Argentinean, Peruvian and Brazilian fare and still have many other places to venture to like the Haitian, Chilean and Columbian restaurants. I also learned to make some of the local dishes which added a bit of Latino flare to our meals. Here are a couple of simple and healthy recipes for some of our favorite South-American dishes: 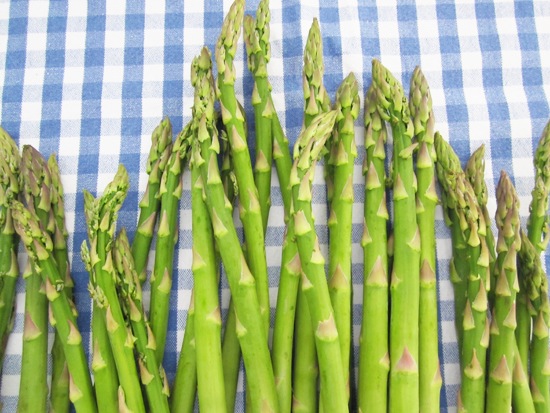 Preheat broiler on high and position oven rack to a few inches from the broiler.
Coat the filets and asparagus with oil and season then place on two separate baking trays.

Cook fish and asparagus for about 5-7 mins. Turn over fish once and toss asparagus.

Remove trays and drizzle the asparagus with lemon juice and serve with quinoa pilaf.

Note: You can use cod, haddock or any other meaty white fish. Fresh halibut is available from now until mid-autumn. This fish is hearty enough to handle a savory sauce like Chimichurri. Sometimes I’ll use two or three types of fish just to add more variety to leftovers.

Chimichurri is an Argentinean sauce that is ubiquitous in Miami. It’s typically served with grilled flank steak but it can also be served with chicken, fish, tofu or portobello steaks.

In a food processor, combine the first five ingredients. Transfer to a bowl, salt and pepper to taste and pour the oil over the mixture. Let stand for at least 20 mins. This can be refrigerated over night. Bring to room temperature before serving. 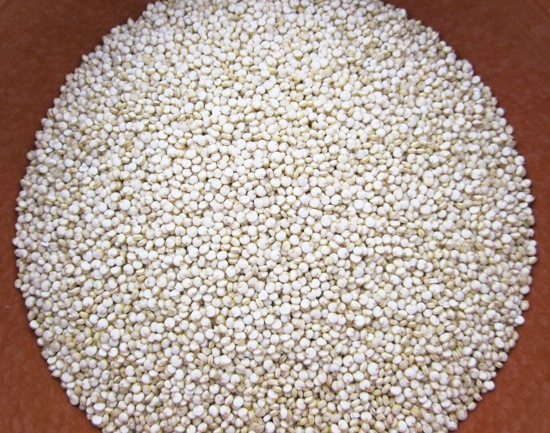 Quinoa is an ancient grain-like chenopod that has been cultivated in South America for at least the last few millenniums. You can easily find red or white organic quinoa at Wholefoods or your local health food store. I usually make it as a salad and add crumbly cheese, roast chicken or tuna but it’s as delicious with beans, corn, tomatoes and bell peppers or on its own. Try some for breakfast topped with fried eggs.

Serves 4 as a side dish
Directions:

Heat up a medium pot and add oil and cook onions and jalapeno until softened (about 5 mins.). Add quinoa and spices and cook for about 12 mins. then turn off heat and let sit for another 5 mins. Fork out quinoa into a large bowl and mix in beans and herbs. Season to taste and serve.