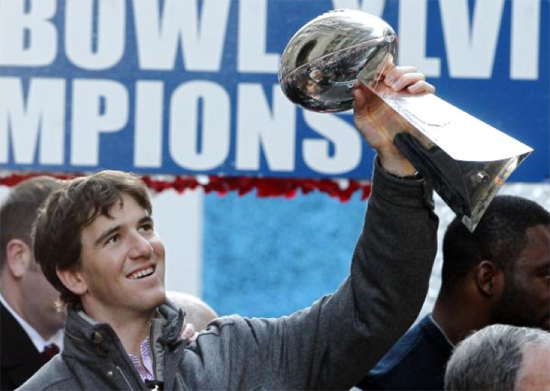 Having our hands full with baby Q hasn’t left much time for many posts in this category. This will be the second and only post I’ll do on football until opening day in August but I think this section deserves at the least a summary of the season. We didn’t make it to any games at Sun-Life Stadium but enjoyed our first season in bed in front of the flat-screen with Q and G in matching Steelers jerseys. Although the Steelers made it to the playoffs, they got embarrassingly “Tebowed” which forced the team to do a much needed culling. The house-cleaning included firing Bruce Arians (offensive coordinator) and cutting William Gay (cornerback), Chris Kemoatu (lineman) and James Farrior (linebacker). The retirement of future Hall-of-Famers, Hines Ward (wide reciever) and Aaron Smith (lineman) were also a bitter-sweet loss. Hopefully the team will come up with a fresher perspective and a kick-ass team for 2012! 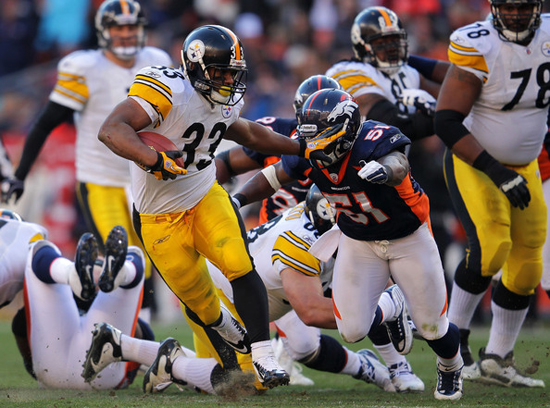 Other highlights of the season were:

– The Saints “Bounty Scandal” leading to a one-year suspension for coach Sean Payton
– The Tebow phenomena deflated by the Patriots~Tebow’s actually playing for the NY Jets now as back-up QB
– Peyton Manning’s departure from the Colts and start as the new QB for the Denver Broncos~ younger brother Eli’s eclipse with a 2nd Super Bowl win with the NY Giants
– “The Year of The Quarterback” with 3 QB’s throwing over 5000 yards starting with Saints’ Drew Brees breaking Dan Marino’s 27 year record, Patriot’s Tom Brady finishing second and Lion’s new-comer Matthew Stafford coming in at third
– NFL is switching to a high-offense, high-scoring game for better ratings which will be the end to “Ugly Football” (aka Steelers-style football)
– Guarantee that there won’t be a lock out for another 10 years
– Drafts are starting April 26-28th and the two stars this year with the biggest buzz are Andrew Luck and Robert Griffin III
– Oscar-winning documentary of the year went to (a football film of all things!) The Undefeated

Go to NFL.com to get the real scoop!