Now that I’ve got your attention! OK, I know this picture doesn’t send the best message to all you little girls out there! I have no qualms about putting out images like this of women though. What I’m trying to get at is, if you look like this, you better be super-talented or else there’ll be endless baulking! Also, physical beauty doesn’t necessarily have to be sacrificed for brains. May I present the ever so gorgeous and talented, Ellie Goulding. She has been one of the “Artists to Watch” for the past couple of years. This young star traded in a quiet student life of Politics and English at the University of Kent for an unpredictable life of the music business, no worries though, she’s definitely on the right track and enjoying the halcyon days of her youth! 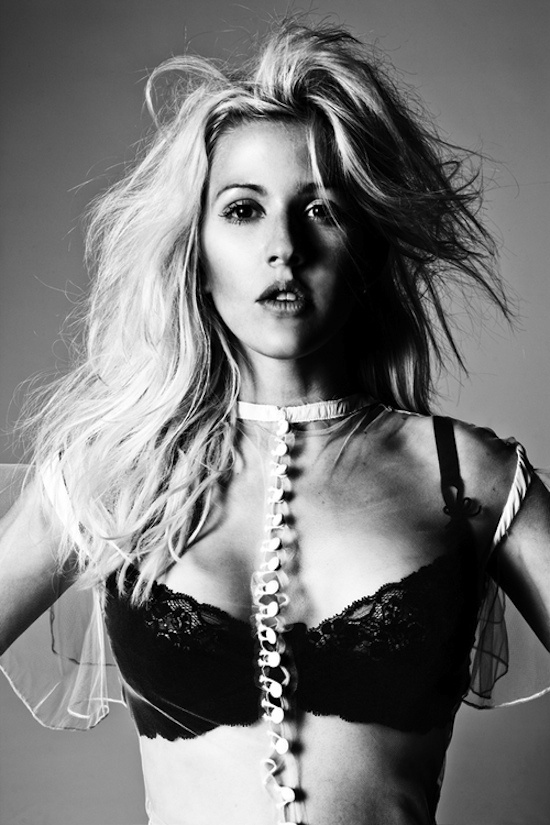 This British musician not only writes her own music and sings beautifully but she also plays guitar, piano and drums, just to name a few. In this industry, it’s vital that artists at least write their own music or produce it, if possible. This will ensure the lifelong benefits of royalties, especially if you produce a hit or better yet, many of them! Some of the money comes from touring and endorsements but it’s only a brief payoff. Work hard and strive to be the most well-rounded artist possible because success on all fronts will be one of your greatest assets! Although, failure at times is essential for growth too. I think having the ability to learn and move on from your mistakes (that you’ll inevitably make) along the way also does much to build one’s character. You get the gist! God, I have that dreadful Canadian quality of stating the obvious all the time! I’ll try my best to stop going off on tangents in future posts! The moral of the story girls and boys is, own your work so the music business won’t own you! 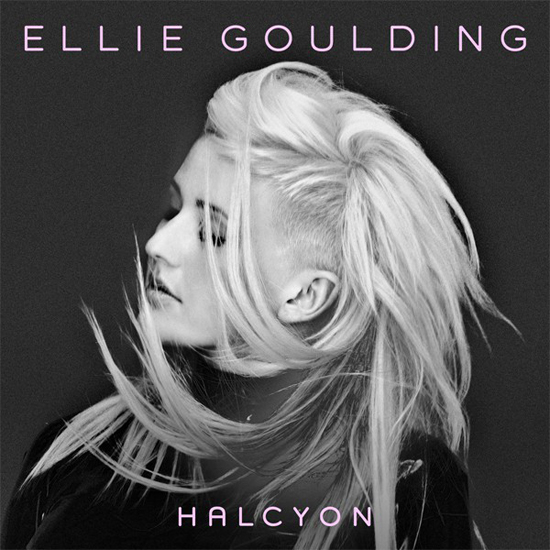 Ellie’s style of music was more Electro-Pop in her 2010 debut album, Lights, but in her second album, Halcyon, which was recently released, she’s taken more of an Indie-Pop direction. Part of that shift had to do with her personal growth and the collaborations she’s made in the States for the past year or so. “They embrace everything,” Ellie says. “They’ll take your biggest fault and turn it into something positive. And the work ethic in music over there isn’t like anything I’ve ever known. You get back to your hotel at one in the morning and someone will contact you and go, ‘Do you want to come over to the studio?’ So over you go, and there’s Swedish House Mafia and Skrillex there, and Will.i.am in the studio next-door. Everyone’s just hanging out, making music.”

From 2012-2013, she’ll be touring the UK and the US, with a couple of stops to Canada in between. If you’re an avid runner like Ellie (she runs at least six miles every day), she’s invited fans to join in on her Ellie Runs movement which takes place in the different cities she’ll be touring. You can choose between the 5K or 10K runs. Meet ups will be in several cities during her UK tour and she plans to include the rest of Europe and the US. She just finished running with fans during her latest tour in New Zealand and Australia in the past couple of weeks. Learn more by clicking here or read a more in-depth bio here. Check out the new video above for her current hit single, “Anything Could Happen”, then connect by visiting her official website! Happy November folks and hooray to this month marking the end of the hurricane season for us! As the old English slogan goes, “Keep calm and carry on!”