Before I start, I just wanted to share how thrilled we are for Obama’s victory for a second term in office. As a dual Canadian-American citizen, I’m proud to say that I also had the privilege of voting for him the first time around. Let’s hope he continues to restore the negative image that the world has of America! I don’t suppose he’ll accomplish it all in the next four years, but it’s a good start. Alright then, onto this month’s film post! I never knew Michael Rapaport was a director. I didn’t even know he was an avid Hip Hop fan. I just remember him in a couple of films in the 90’s, most notably in Woody Allen’s, Mighty Aphrodite. G thought we should check out Beats, Rhymes & Life, his documentary about A Tribe Called Quest. Besides their 90’s hit single, “Bonita Applebum” from their first album and Midnight Marauders, the third album that I had, I didn’t know much about Tribe and I definitely didn’t realize how influential they were on the Hip Hop generation then. G’s the biggest Hip Hop fan I know and possibly the whitest apart from Rapaport himself, but knowledgeable nonetheless. It was time for me to get a little lesson in Hip Hop music history! 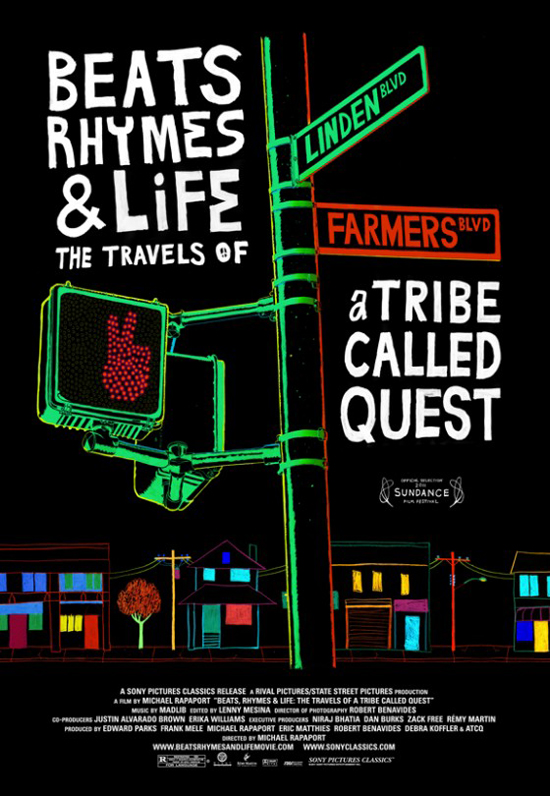 The documentary touches on the dynamics of the group and how they fell apart. It also highlights the effect the group had on the Hip Hop music scene. Rapaport was premiering his new documentary at the Sundance Film Festival and according to Mike Plante, who was reporting at the show, Rapaport said that for the first generation of Hip-Hop lovers like himself, “A Tribe Called Quest are the Rolling Stones or the Beatles of their scene.” After having a Q&A on stage with Phife Dawg, Phife made his acknowledgments and said, “I don’t mind getting all the love,” as he was the only band member present. “But I love my dudes, everything we went through – good, bad, indifferent. We are 40 years of age. This is the time to reap the benefits and to enjoy – you know how many people would love to be in our place?”

Coincidentally, G’s latest read is one from the Bloomsbury Academic’s 33 1/2 series about Tribe’s first album, People’s Instinctive Travels and The Paths of Rhythm by Shawn Taylor. This was one of his favorite albums of the early 90’s. I was listening to more chick-friendly stuff like Mary J. Blige and Sade. G said, “It was so different from anything out there at the time. It was good to have a change in Hip Hop that wasn’t about death and hate.” He found music that he could finally resonate with in a white-guy-from-the-suburbs kind of way. He went on to say, “The only types of Hip Hop and Rap then was Gangsta Rap with groups like NWA (N@#$&*az Wit Attitude) and Eazy E. Then on the other side of the spectrum, you had the back to the African roots movement with groups like PRT (Poor Righteous Teachers) and Public Enemy (who were notorious for their Fight the Power slogan).” 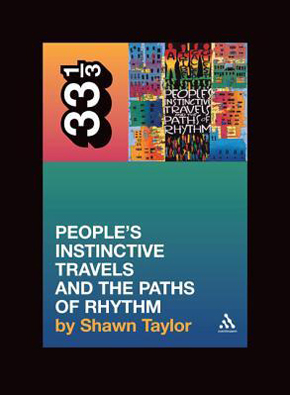 As a young woman, I didn’t bother listening to either of the groups because both styles had such an antagonistic vibe. Then along came the Native Tongues with groups like De La Soul and A Tribe Called Quest. They still used great samples and bangin’ beats which made Hip Hop and Rap so appealing but without all the misogynistic and gang-like undertones. There was always, “Bitch this and bitch that!” G said that it was sometimes opposite in rap; the word bitch was also meant for someone of the same sex. I said perhaps it was the police that were the real bitches that they were rapping about. “No, in some cases it was a bitch!” G quipped. As Jay-Z (another favorite artist of G’s) once rapped, “There’s a difference between a bitch and a B!” Of course, he was referring to B as the love of his life, Beyoncé. Although, I’m sure even B has her bitchy moments too. The shift in Hip Hop happened from having zero-tolerance for bullsh*&% to tolerating it for the sake of peace. It was an emerging group of artists who were very aware of the authority’s desire to keep the black communities apart (divide and conquer). A Tribe Called Quest set out to unite people through music again, not just their own people but people from all walks of life. 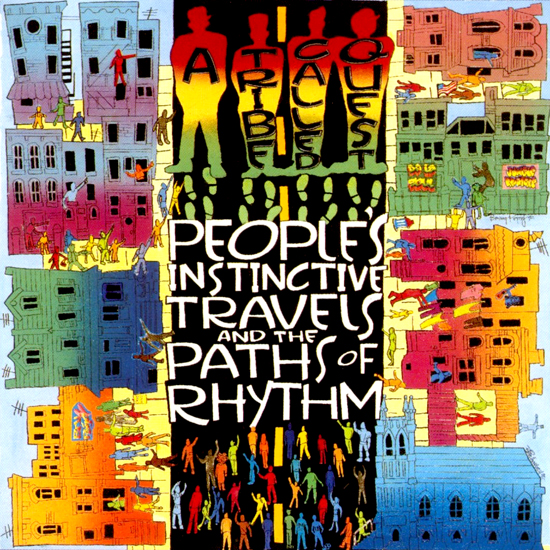 G actually got to see the Tribe and De La Soul at Carleton U in ’93. It was the best concert he’d been to apart from the one we saw together in Virginia in the fall of ’08 featuring Mary J. Blige and Robin Thicke. “The biggest change is that back then, it was all NYC or LA and these days the South dominates the Hip Hop scene with artists from Houston, Atlanta and Miami. Back in the day, you wouldn’t find rappers over twenty-five. These days, you’ll find artists like 2 Chainz and Jay-Z who are in their 30’s and 40’s thriving because we too are aging, it’s just not a bad thing anymore,” said G. Lately, I found Jay-Z’s rap to be more sophisticated than ever. The change G sees now is that there’s a 360° with this alternative style of rap with contemporary artists like Kendrick Lamar, Lupe Fiasco and Wale. So whether you’re into Hip Hop or not, check out Beats, Rhymes & Life by Michael Rapaport. If anything, you’ll at least learn something about Tribe and how seminal they were in shaping Hip Hop music history.

Above you’ll find a couple of posts including some films and excellent music documentaries featuring luminaries such as Nadia Boulanger and Igor Stravinsky. Others that might also peak your interest are films about the makings of Steinway pianos and Tuvan throat singing?! Yes, that’s right, Tuvan throat singing. It was another favorite at the Sundance Film Festival. Check them out and don’t forget to have a listen to the Mixpod on the sidebar. We’ve been updating it every now and then with stuff we’ve worked on and our latest faves!