Did Someone Say Bacon Chocolate?

When G first mentioned it, I didn’t know whether to be disgusted or intrigued! Uncrate was featuring bacon chocolate peanut brittle from Sir Francis Bacon Peanut Brittle and we absolutely had to try it! 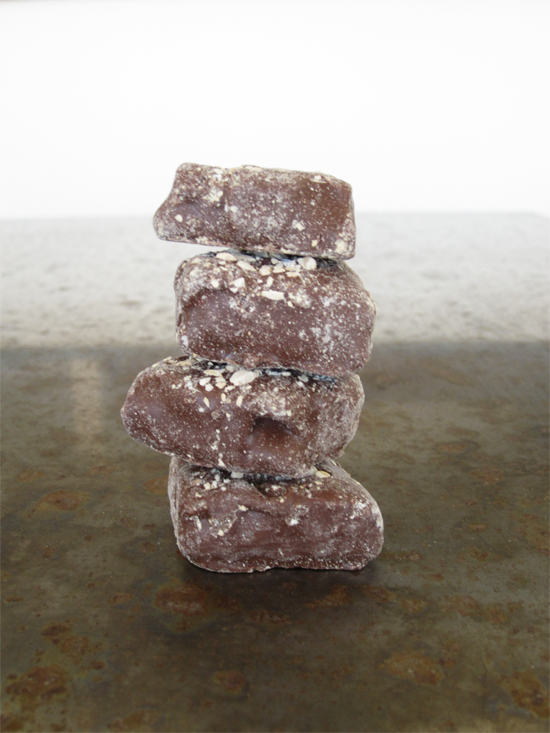 Sir Francis Bacon Peanut Brittle hails from the South in Atlanta. Their brittle features USA grown peanuts, premium milk chocolate and hickory-smoked bacon from Tennessee. The confection looked more like a chocolate covered nougat at first glance. The texture was crunchy but light with chewy toffee bits like Nestle’s Butterfingers. We found it a bit too sweet and smokey for our tastes but it piqued our interest enough to try some other versions of bacon chocolate. 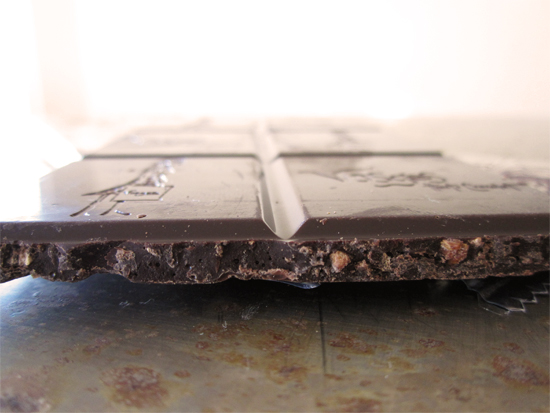 We then ordered a bar of Mo’s Dark Bacon Chocolate from Vosges Haut-Chocolat. Katrina Markoff, Chocolatier and owner of Vosges Haut-Chocolat has earned numerous accolades from the press including being named the top innovator in chocolate by Food and Wine Magazine and Bon Appétit Food Artisan of the Year. The dark chocolate was luxurious and delectable; there were visible flecks of bacon in each square but we were left more with the crunch of sea-salt than bacon, kind of like Olive and Sinclair’s. It just tasted like a really good dark chocolate bar with a hint of sea salt. No harm in that! 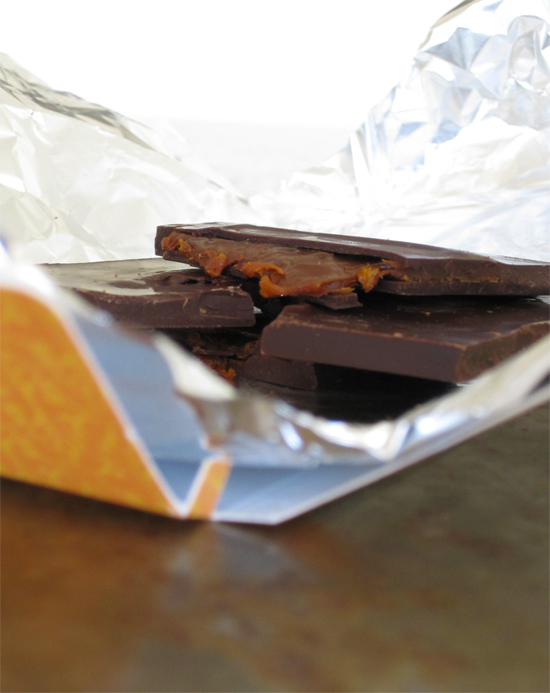 The last one we tried was Xocolatl de David’s bacon chocolate bar. This was a handmade bar from Portland, Oregon and was our favorite of all three. It had just the right hint of smoke. The bacon was laced in a rich chewy caramel and the quality of the chocolate was the most unctuous. This had the best balance of salt, sweet and savory with a definite bacon flavor. So, the next time you’re craving chocolate and want something out of the ordinary, give bacon chocolate a try. It may sound questionable but it’s fabulous!

Here’s a list of more sweet treats with bacon: